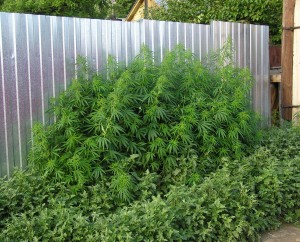 “Sales of recreational marijuana begin in three weeks, and lawmakers fear that demand will dwarf supply.” ~ via Time

I find this a bit amusing.

Colorado worries that they don’t have enough pot to go around and it’s going to be chaos on January 1st when they make it legal to fire up a fatty.

Everyone and their brother is going to be camping out with a big wad of cash in hand (as pot sales are cash only, which makes a lot of sense) and buying up the entire stash of pot like the soccer moms fighting over $3 toasters on Black Friday at Target. (Please note the sarcasm.)

But they are forgetting one important piece of information. Those that are wanting to smoke their reefer, are most likely already prepared and won’t need to buy the legal marijuana just yet.  Not to mention, I would assume some of them would already be growing it.

“Amendment 64 allows people to grow up to six plants — only three of which can be flowering, or ready for harvest, at any given time.” ~ via Denver Post. I have no clue how much an ounce of pot is (which is the max legal purchase amount), or how much a plant produces (from the photo, I’d say it produces a lot), but based on the various culinary herbs I grow in my garden, I’m pretty sure that if you’re willing to grow it under their rules (which sounds like more work than gardening should be, as from what I gather, they’re basically growing indoors like they’ve always done), those plants would produce far more than an ounce.

Also, I’d assume that the guy who is wanting to give it a whirl for the first time probably isn’t in that big of a rush. I mean, he’s waited this long already, right? What’s a few more weeks or months?

I’d be more worried about the silly tourists coming in, smoking a joint, then taking to the slopes and wrapping themselves around a tree.

But I digress. I’ve never smoked the grass before, so maybe I have no idea what I’m talking about.