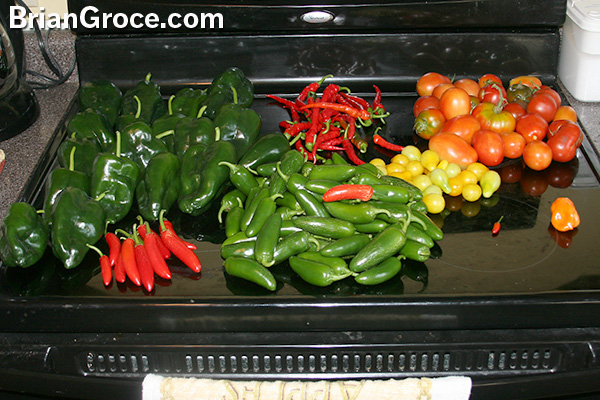 There is much to report on the garden since the last update, but I’ll have to save those for another time.

However, tonight we picked quite a few peppers and a few tomatoes. Here’s the rundown of that:

There are plenty of peppers and tomatoes already picked in the past week, so I’ll probably be busy with those this weekend. I use a few the other day to make some hot sauce, so watch for that post soon.