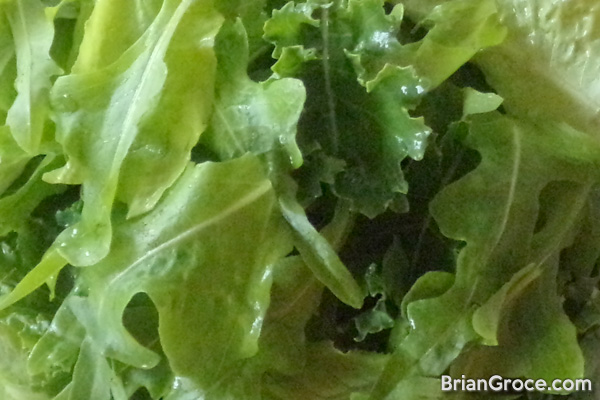 Despite some setbacks due to two major hail storms, and just not enough time in the day, the 2014 garden is now in full swing.

This year the veggie section was more than doubled, and is all in raised beds. For the most part this is setup as “square foot gardening”, which makes things a whole lot easier to plan out, and I have my graphed Moleskine to prove it.

Most of the greens sprang back to life, and we’re now heavily into “salad season”, a little later than last year. The spinach and arugula checked out early and decided to bolt, but you take what you can get and I’ll save the seeds, then plant some more to have in a few months. The mustard greens are starting to reach for the sky as well. 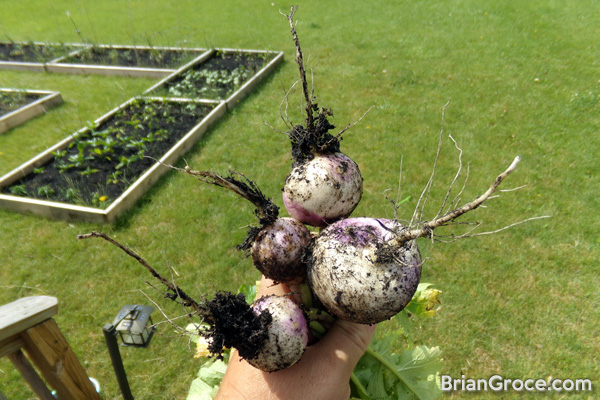 The root crops seem to be doing fine, and we’ve actually picked some turnips already (photo above) and all of the radishes (which none of us like, so I give them away). We’re still trying to figure out the best recipes for the turnips, but these tend to keep VERY well in the fridge. Carrots, parsnips, potatoes and beets are still a way off, but the onions and garlic appear to be getting close.

The tomatoes and peppers are both off to the races, and some plants already have fruit on them. I’ve learned that peppers take much longer to start from seed than tomatoes do, so plan accordingly. And to also stagger your indoor start dates AND to plant at least three times what you think you’ll need, as some will not take, and you may have “acts of God” that have plans of their own.

That’s a quick overview for the day. I’ll get some photos taken, and post a more exhaustive list of what we have growing in the coming weeks.