Last year, well into the planting season, I decided to look into what it takes to grow peas here in Indiana.

Looking around, the most valuable resource by far has been the Purdue University Consumer Horticulture website, specifically the Indiana Vegetable Planting Calendar (PDF) they publish. They state that peas should be planted, in the Indianapolis area, from March 20th through May 1 st, and that they are generally spring-planted (i.e. don’t plan on a fall crop of peas).

Since it was after May 1st, and I wanted to experiment to see what happens if you plant them late, I threw some in the front yard by the walkway. Sure enough, they grew, and they bloomed, but they didn’t produce anything. Experiment complete, and now I know that’s pointless as far as eating goes.

Then this spring when I was tending to my seed starting (that’s a whole other series of posts waiting to be written), one of my sons wanted to start some peas. I knew from everything I read that peas don’t really transplant, but being curious as well, I let him give it a whirl. They grew in the cup quite nicely, but when transitioned to the ground, that’s all she wrote. Exactly what I expected, but it was nice to have confirmation of that.

We’ve been picking the snap peas for a week now, and they’re still forming a handful of new pods. I’ll probably yank these at some point next week in order to get other crops in the ground before it’s too late.

The shell peas should have been ready a few weeks ago, but I think the hail storms set them back a bit, and I picked them this morning. Here’s the haul (picture below). 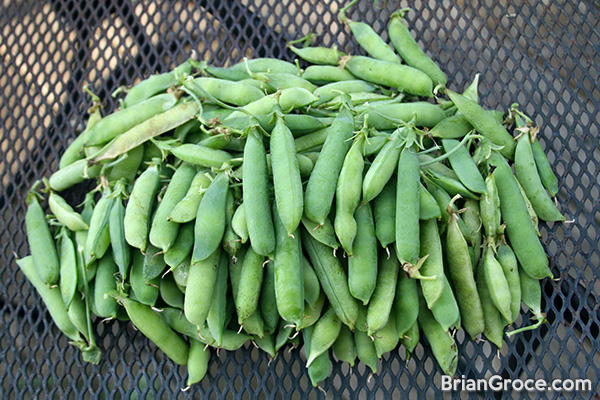 And here’s the pile of pea vines. 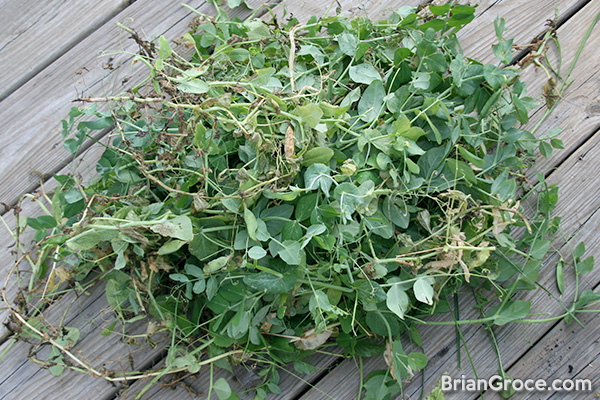 I took the peas inside to shell with the girls. Here’s what they look like in the pod. 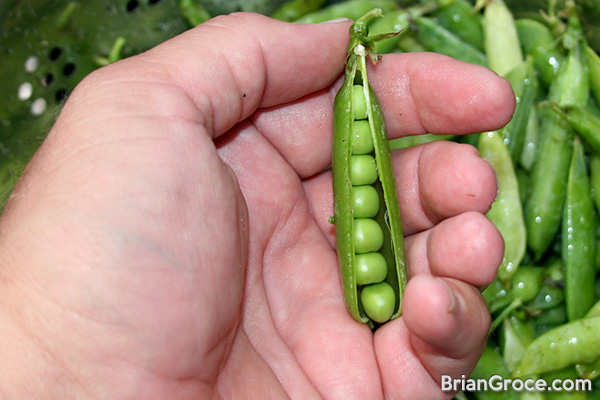 And once done, we had a 2 cup container of fresh peas from the garden. 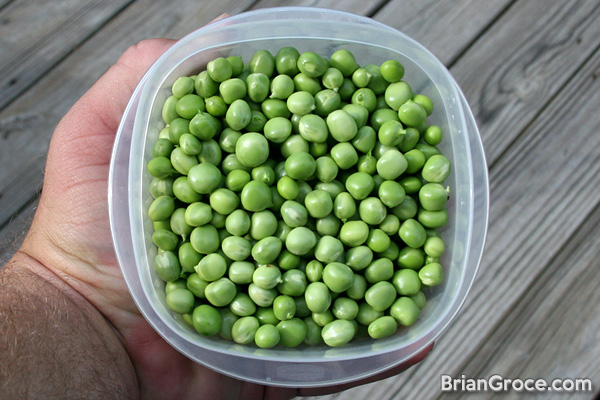 The Verdict on Growing Peas in Indiana

I would grow peas again, if only for the nitrogen benefits to the soil and the fact that you can plant them in mid-March.

The shell peas taste fantastic, but the space to output ratio (approximately 1 can of peas for every 8 square feet in my case), leaves much to be desired, and in the fall you can often get canned peas 3/$1 on sale. Sure, they don’t taste as good as fresh ones, but they’ll do.

I personally do not like snap peas, but the others in my house do. Snap peas produce a whole lot more that is edible than shell peas do, so in the future I’ll probably focus on growing snap peas more.

Overall, growing peas is pretty easy here in Indiana, and I experienced no pest problems. I recommend giving them a whirl, at least once, to see what your thoughts are.