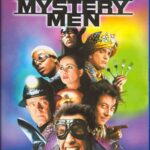 According to the CIA, as reported by NBC News, "Havana Syndrome is not the result of a sustained campaign by a hostile power". They go on to say, "however, the agency can't rule out foreign involvement, including many of the cases that originated at the U.S. Embassy in Havana beginning in 2016." I'd take this with a grain of salt, but the topic certainly is an interesting … END_OF_DOCUMENT_TOKEN_TO_BE_REPLACED